WABANO Culturally Responsive Programming
Hello, my name is Emma Griffin and I am a Graduate student in the Education program, at the University of Ottawa.  I also hold two undergraduate degrees in the Social Sciences in Sociology and Psychology, that I attained through the University of New Brunswick in the year of 2015.
In the Winter of 2018, for my class in the Education of Marginalized Youth, we were required to conduct a miniature field study project that includes an interview with an individual who runs or is involved with the chosen program. For my project I have chosen to conduct my study on the Youth Justice program run out of the Wabano Centre for Aboriginal Health. To present my work and findings I have decided to create a website that will include tabs titled Home; which will give a background of the percentage of Indigenous within Correctional Service Canada, as well as a Literature Review.  The "Youth Justice" tab will include an interview that I conducted with the coordinator of the "Youth Justice- Diversion and Re-integration Program," workshops and activities available to these youth, as well as a brief description of history, clientele, resources/funding, and institutional linkages.  "Coming Together" will be my discussion on the linkages between my literature review and my field study.  The final tab titled "References" is where you will be able to find the scholarly articles I reference as well as information that is attainable on various websites. 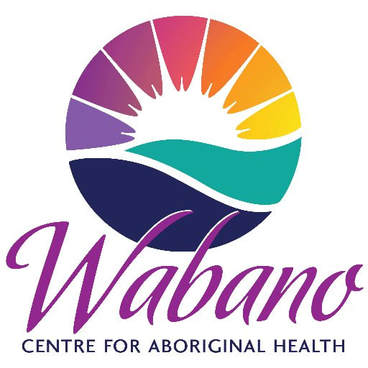 While completing my psychology degree, I was given the opportunity to be involved in a field placement program.  This program took place through Correctional Services Canada (CSC) at the probation and parole offices in Saint John, New Brunswick. Through these placements I was required to work with both probation and parole officers, and I was able to see first hand the programs that are available for those who have come into contact with the law.
Although, I do not claim to be any sort of expert on designing and implementing programs, there seems to be a discrepancy in the variety of programming that is available for offenders who are coming out of incarceration.  Furthermore, does there not only seem to be a lack of variety, the options are hegemonic and lacks cultural appropriateness especially for those with indigenous backgrounds. This possess several issues as Indigenous people make up for 17% of the population within the Canadian Justice System, and only 2.7% of the overall population in Canada (CSC, 2018).  Not only is the body representation within in the prison system high, the reoffending rate within the Indigenous community is as well. Welsh and Ogloff (2000) report that Indigenous males are 66% more likely to reoffend, putting their cycle of crime beginning in adolescence. So what is Correctional Services of Canada doing to implement culturally responsive programming in order to lower those rates in adolescent and adults? Well, not a lot. There are no programs in place for youth and the only evidence of culturally appropriate programming found on the government website is the “healing lodges”(CSC, 2016) designed for adult offenders.
According to the CSC website the main initiative of the lodges is to provide culturally responsive correctional institutions where they use Aboriginal values, traditions and beliefs to design services and programs for offenders (CSC, 2016). Further description reveals that there are a total of nine lodges within Canada.  These nine facilities are separated in terms of gender. Female facilities run at a minimum and medium security level where the male facilities run only at a minimum security level. The amount of facilities as well as security levels available for offenders pose large problems in their own.  In Canada, male indigenous offenders typically hold security levels of medium or higher which would require them to need more rehabilitation options (Hann and Harman, 1993; Johnston 1994; 1997) but because of security requirements at these facilities virtually all culturally responsive options for these men are eliminated.
I feel that although these lodges are an improvement, how do we expect to help in rehabilitation if half of the incarcerated are unable to use that programming? Furthermore, why is there only programming implemented to those who are deep within the system, and if 66% (Welsh and Ogloff, 2000) of males are expected to re-offend, why are we not implementing more cultural appropriate programming at the youth level when they first offend?  I believe that the Youth Justice program, based out of the Wabano Centre of Aboriginal Health, is a great example of what CSC could be using in the rehabilitation of youth offenders.